Our story begins in the early 1970’s. Morris E. Goodman, a young college dropout with no direction, is taunted by his uncle about his idea of entering the insurance field. Never taking no for an answer, he comes across a series of inspirational and motivational books and tapes, most notably by business guru Zig Ziglar. Armed with unfailing enthusiasm, determination and wit, he dares to apply for a high-end job, in spite of his lack of experience. After landing the job, he begins using a visualization technique to deal with unruly customers and rapidly gains high recognition in his field. Morris soon gets married, and over the course of a few years, he starts his own company, achieves financial success, and plans his next goal – learning to fly…

On a beautiful afternoon in March of 1981, Morris takes a routine solo flight over the picturesque Chesapeake Bay in his new airplane. Suddenly, the engine stops! Morris tries desperately to land, but the plane gets tangled in some low-hanging wires…

Morris wakes in a hospital, connected to machines. His doctors explain that he’s crushed his spine, leaving him unable to walk, talk, swallow, breathe or move any part of his body except for his eyes. They believe he is unconscious, destined to live a short, meaningless life. His wife, Sandy, is devastated. Only his sister, Pat, realizes that Morris is fully conscious, and creates a way for him to communicate by blinking his eyes.

When his business partner tells him that he’s bankrupt, Morris declares boldly that he will be back on his feet again. Morris develops a step-by-step plan for recovery, visualizing his healthy “other self” living a normal life once again. He asks his Sandy and Pat to bring him his Zig Ziglar tapes and a bible for daily inspiration.

Soon Morris is moved to a rehab facility halfway across the state, far away from Sandy, who becomes increasingly worried about their finances. Despite his destroyed diaphragm and the influence of his negative roommate John, Morris pushes himself to breathe without his ventilator. He begins speech therapy, and soon Sandy is stunned to hear him speak on the telephone! His private nurse, Ruth, helps him learn how to eat, despite doctors’ orders. After Morris starts several arguments with his doctors about his recovery, he is sent for psychological testing, where he proves that his wits are still in tact.

At an evaluation meeting, the doctors explain that Morris suffers permanent nerve damage that makes it impossible for him to walk again. Sandy reveals her fears and doubts about her ability to be a caregiver and the slim chances for Morris’ recovery. Morris draws on his positive thinking and tenacity to focus on walking again, and he vows to be home by Christmas.

Transferred to a more advanced rehab, Morris realizes the heavy brace (halo vest) to keep his neck straight is affecting his balance. A fall postpones the removal of the vest, which sets him back in his recovery. 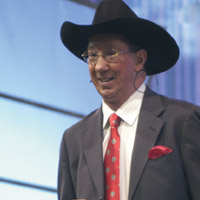 Soon the halo vest is removed, and he gains control of his legs. Pleased with his progress, the rehab sets a release date for mid-November, but Morris wants to achieve his goal of walking first. The time pressure and Sandy’s concerns over his health, their financial security and loosing their home crush his spirits. His vision of his “other self” help him get back on track.

After a few weeks of intense therapy, and encouragement from his peers, Morris is finally able to walk unassisted, and Sandy, his family and friends gather to watch him walk out of the door on his own two feet and go home.